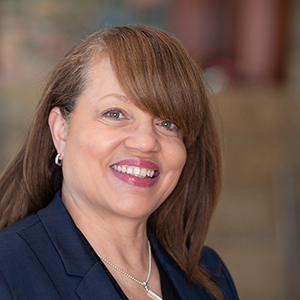 In 2010, she became an assistant vice president for Research, with administrative responsibilities for finance, compliance, and technology. She was promoted to vice president in 2014.

She joined the Bank in 2000 as an operations leader in Treasury Services.