Listening to more voices in the Ninth District

Individuals and organizations often fall prey to tunnel vision and misplaced trust in the past—in how things have always been done. As the saying goes, past becomes prologue, reinforcing a comfortable belief that things are working as long as they are not failing.

The Minneapolis Fed’s role is to track and assess the Ninth District economy as it relates to these mandates. It does so through considerable outreach efforts, particularly to businesses. And recently, the Bank has come to acknowledge and correct a few blind spots in its own economic viewfinder.

Businesses were generally upbeat thanks to a growing economy, but having a terrible time finding workers. Community groups and others, meanwhile, noted the poor availability of good jobs and the continuing disparities that minority businesses and workers faced.

“There was a disconnect,” Kashkari said, one that hasn’t gone away, and that has led him to insist that the economy isn't working equally for everyone. Fundamentally, Kashkari said, “We need to better understand what maximum employment really means.”

“There was a disconnect,” Kashkari said, one that hasn’t gone away, and that has led him to insist that the economy isn't working equally for everyone. Fundamentally, Kashkari said, “We need to better understand what maximum employment really means.”

Part of that is a question of inputs: Who does the organization hear from? What viewpoints are represented? That internal self-reflection has led to two outreach initiatives—one related to minority- and women-owned firms, the other to workers—that have helped the Bank’s outreach practices become more expansive and inclusive of viewpoints and experiences that have not been traditionally or systematically recognized.

“Businesses are still really important. But we need to do a better job hearing from all parts of the economy,” Kashkari said.

“Businesses are still really important. But we need to do a better job hearing from all parts of the economy,” Kashkari said.

Monetary policy has always had a great need for real-time information that economists can use to assess current conditions, looking for clues on potential shifts in the economy. Alongside mountains of hard data, the Minneapolis Fed has historically done considerable outreach to complement and check its data-oriented view of the world.

Until recently, that process leaned heavily on Ninth District firms and industry contacts to provide insights on current economic activity, including labor market conditions. And in fact, there is considerable utility in doing so; a diverse group of firms can offer economic insights across states and industry sectors. Firms also have valuable insights into labor demand.

But a firm-centric view of the economy also has significant gaps and ignores important viewpoints. For example, it tends to put more stock in the views of large firms because they represent an outsized share of economic activity and employment. As such, they are more likely to reflect the viewpoints and experiences of white, male ownership, whether through direct ownership or public shareholding. As a result, a firm-centric view is also more likely to overlook the experiences and viewpoints of minority- and women-owned business enterprises (MWBEs).

This matters, Kashkari pointed out, because “disparities have exploded” during the pandemic, further emphasizing the need to better understand whom the pandemic was hitting hardest and “formalize input from these groups.”

The pandemic has been particularly tough on MWBEs. These firms tend to be smaller in size, and scale has offered little protection from some of the pandemic’s worst effects. MWBEs are also over-represented in service industries such as hospitality, professional services, retail, and health care the very sectors hit hardest during the pandemic.

Prior to COVID-19, the Minneapolis Fed had been gradually increasing its outreach to MWBEs. But the pandemic demanded better and more frequent input from these businesses. In April 2020, in the depths of the crisis, the Bank conducted a broad survey gauging COVID-19’s impact on minority-, women-, and veteran-owned businesses in Minnesota. With almost 800 responses, it found that the pandemic’s impact on these businesses “has been fast, negative, and significant.”

Subsequent improvements were also made to regular business surveys the Bank now does roughly one per month that allow respondents to self-identify their MWBE status. This helped the Bank to better understand that MWBEs have persistently experienced more negative revenue effects during the pandemic compared to firms overall. MWBEs also reported more difficulties accessing federal and other emergency assistance programs. Recent surveys show improved sentiment among MWBEs as the economy has recovered, but they continue to lag businesses overall.

Maybe no economic trend is currently more relevant or closely watched than labor force participation, which has dipped dramatically during the pandemic. As the economy has opened up, job openings have mushroomed, but job seekers have not responded in kind.

The reasons for this dearth of workers have been fiercely debated.

The dominant narrative says there should be no—or at least few—unemployed workers if there are jobs available. Respondents to business surveys have regularly—and heatedly—complained about the work disincentives posed by enhanced pandemic-era unemployment benefits.

There is likely some truth to that narrative. But, ironically, it has developed without much input from workers, who not surprisingly see the matter a bit differently.

In fact, job seekers are rarely asked, in a systematic way, about their views of, and experiences in, the labor market. This has led to a systematic lack of information from existing and aspiring workers about their employment demands and related triggers for labor force participation.

At least part of this information conundrum stems from job seekers themselves; they are a disaggregated lot, and collecting their sentiments is a difficult task.

So instead, the labor supply narrative often comes from firms that indicate how workers are or are not responding to their job opportunities. That viewpoint has some inherent blind spots; for example, it likely overestimates the quality of available jobs and underestimates the experiences and resulting disparities that minority workers persistently suffer in the job market.

That viewpoint has some inherent blind spots; for example, it likely overestimates the quality of available jobs and underestimates the experiences and resulting disparities that minority workers persistently suffer in the job market.

In response to these shortcomings, in late 2020 the Bank launched an initiative dubbed “The Worker Experience,” whose goals are both simple and daunting: to better understand how job seekers are faring in today’s labor market, and what challenges they face when looking for and obtaining employment.

Initial work sought insights and guidance from labor market intermediaries – dozens of government and nonprofit organizations that work with job seekers of all varieties. Thanks to an early partnership with CareerForce, Minnesota’s statewide workforce and job service system, the Bank gained some early insights from job seekers and the workforce professionals who provide services to them.

These two surveys suggest that workers are not a monolithic group, and they face a wide variety of obstacles to labor force re-entry. Some obstacles are worker-based (lack of skills and education, substance abuse, criminal records), others center on employers (low pay and benefits, lack of schedule flexibility, poor responsiveness to job applicants), and some might best be described as external or environmental factors (fear of COVID-19 exposure, lack of affordable day care, and, yes, generous unemployment benefits).

Some obstacles are worker-based (lack of skills and education, substance abuse, criminal records), others center on employers (low pay and benefits, lack of schedule flexibility, poor responsiveness to job applicants), and some might best be described as external or environmental factors (fear of COVID-19 exposure, lack of affordable day care, and, yes, generous unemployment benefits).

Some misalignments in labor demand and supply were also evident. Many job seekers coming from frontline occupations expressed interest in remote-work options and sought greater schedule flexibility seen in many other occupations.

The large majority of job seekers—75 percent to 80 percent, depending on the survey—said they were interested in permanent, full-time employment. But that doesn’t match what employers are offering. According to job vacancy surveys conducted in the second quarters of the last several years by the State of Minnesota, on average only about 50 percent to 55 percent of available jobs were full-time, nonseasonal positions.

Job seekers also acknowledged that change was difficult. Only a small portion said they would move for a preferred job. Some were considering career changes, but many others preferred to go back to their prior job or career and were simply waiting for the opportunity.

These initial survey efforts have created a valuable template, one that leverages similar efforts (some still in development) with state workforce agencies in North Dakota and Montana, as well as with other government and nonprofit job service and workforce development organizations in Minnesota.

Networking efforts by Bank staff have also expanded, giving the Bank more frequent and fulsome insights into the special challenges that frontline workers have faced during the pandemic and the nascent recovery.

In May, Kashkari met remotely with a group of janitorial and other frontline service workers, who shared firsthand experiences about the difficulties of finding or maintaining work during the pandemic. Kashkari said he was struck by the openness of the participants. “We heard some insights in that meeting that we don’t typically get.”

Important, and then some

The forces motivating these MWBE and worker initiatives are based on the simple idea that equity and inclusiveness matter for economic intelligence because the economy cannot reach its full potential if certain segments are overlooked or underutilized.

This new intelligence is already being used in important ways. For example, beginning in February, the Minneapolis Fed began incorporating intelligence on MWBEs and workers into its Beige Book report, something it even won a wonky prize for. This information is also shared widely on our website, in public events, with business organizations that help distribute the Bank’s many business surveys on current conditions, and with community organizations that help the Bank build a better outreach network.

And maybe most important, it’s helping President Kashkari better understand the economy and, in the process, formulate monetary policy that works for all, not just some.

“Our job is to represent the entire Ninth District in monetary policy,” which encompasses many different regions, stakeholder groups, and viewpoints, said Kashkari. And by seeking out and listening to the concerns and experiences of workers and MWBEs, “hopefully this also helps them know we are actively representing them.”

“Our job is to represent the entire Ninth District in monetary policy,” which encompasses many different regions, stakeholder groups, and viewpoints, said Kashkari. And by seeking out and listening to the concerns and experiences of workers and MWBEs, “hopefully this also helps them know we are actively representing them.” 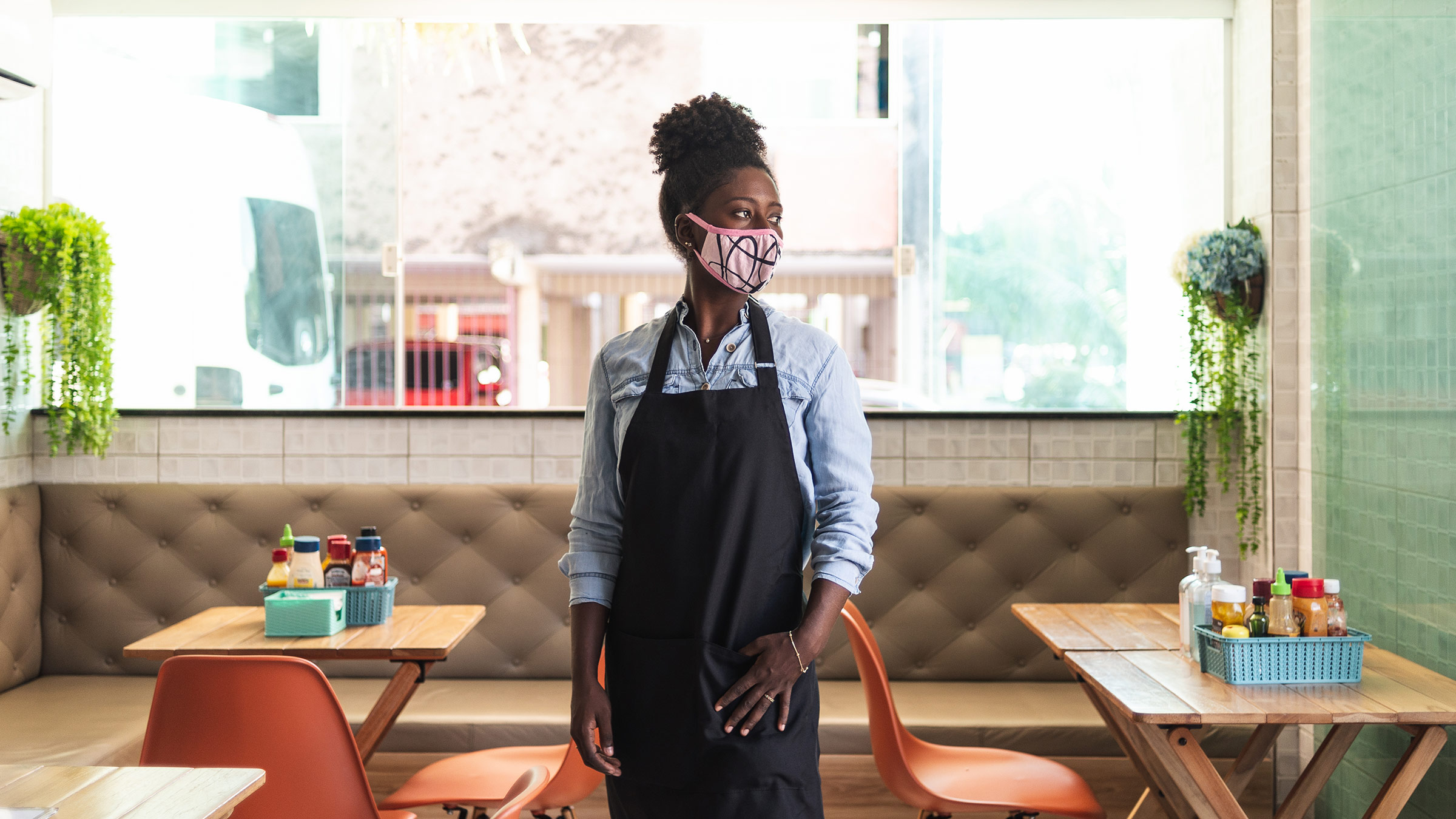 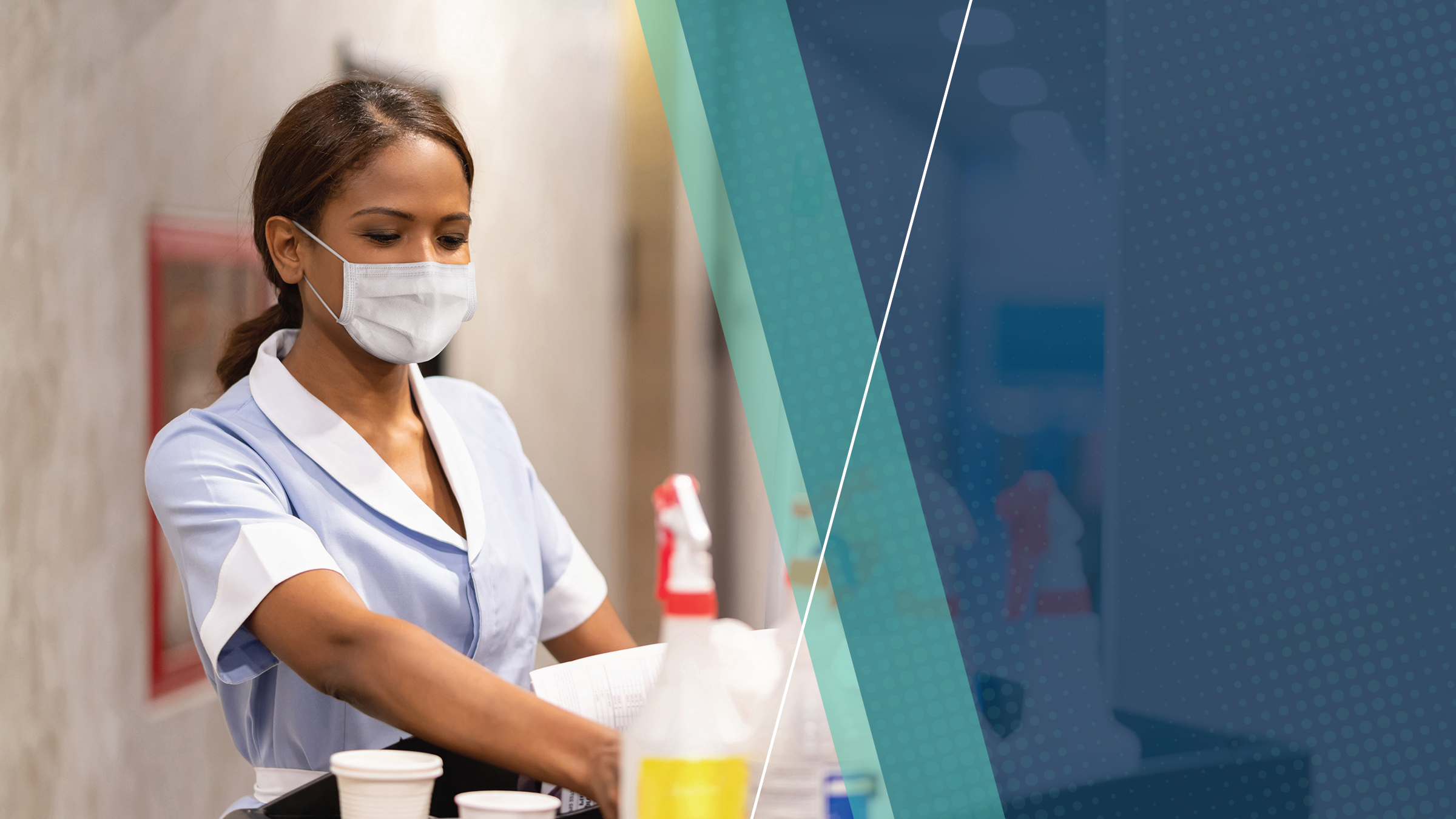